With the start of a new school year comes the excitement of welcoming new staff. Michael Wert has already lived in China for a decade, and joins the Dulwich Pudong community as Director of University Counselling and Careers.  His enthusiasm for engaging with students in their university selection and career journeys is profound.

Mr. Wert, an American who hails from Philadelphia, studied the Classics at Brown University, benefitting in many ways from the university’s academic freedom. “Brown was the best fit for me—I learned to be adaptable. The university fostered a self-starter attitude and mindset in me. Brown encouraged me to take calculated risks… like moving to China in 2010! I have held different positions in the education space, most recently I opened new offices and served as the acting national director of university counselling offices in 11 cities across China.”

His extensive track-record helping students apply and be accepted to universities in the United States, the UK, Australia, and Canada has been uniquely shaped by his experience as a music journalist. “Writing for a music magazine taught me how to write for an audience. This is an incredibly important skill for students to understand as they write their university essays and applications. I have learned about the larger systems and application processes of Anglophone university systems—British, Canadian, Australian, and schools from the United States. My personal experience as well as the ability to reach out to the wider university counselling team across the Dulwich International network to leverage their knowledge and connections can really help students through the application process. There is a myriad of things that coalesce in the United Stated with highly selective schools. Students can use this knowledge of writing to a specific audience to their advantage, to have the best chance at admission.”

Dulwich’s International Baccalaureate Diploma Programme is especially attractive to Mr. Wert, in his new leadership role. “I’m an IB kid myself,” he says with a smile. “As a high school student, IB programme changed the way I approached school. I loved choosing my own projects and I really enjoyed the extended essay.  The programme awakened in me a drive to engage with my academics. The preparation helped me become a better university student, later graduating with honours. As a university counsellor, coming to a well-established IB programme school was very appealing to me. Dulwich has a great reputation, and the IB programme provided a huge draw to working here.”

His support for the IB is obvious, “It’s worth remembering that the IB was developed by British expats. It was created by Brits for Brits and later become more of an international program as it evolved and spread. Every admissions officer from every continent with whom I’ve spoken has said that the IB is valued as much as A-Levels. IB diploma students collaborate, put in good work during class, and test well. With its more than 50 years of history, the IB programme has a proven track record and is well recognised in leading universities across the world.”

Mr. Wert has found that the British curriculum is viewed positively by university admissions offices at highly selective schools in the US, as well. “At its heart, the IB is a Liberal Arts curriculum, and so many US universities are based around the Liberal Arts. For students it is a seamless transition. The IB curriculum draws from a base to inform specific areas of studies.” He adds, “I may be biased. I work at an IB school and the IB curriculum was personally transformative for me. I believe the IB Diploma Programme truly is the best preparation for British universities or universities in America, Canada, Australia or elsewhere in Asia. Global citizenship and making connections across cultures is key to the IB ethos. It is a great curriculum no matter where a student wants to go to university.”

Matriculation at one’s chosen university is not the end goal, though. He asserts, “It is important to not look at life as a series of certificates. Life is not a series of stages, but a continuous plan. I am probably most excited about building the career counselling programme. I see myself serving as a life coach or an executive coach, to help students set goals in the long term, beyond university.”

Mr. Wert embodies his favourite quote by the ancient Roman philosopher Seneca, Non scholae sed vidae discimus, which means, “We learn not for school, but for life.” He shares, “One of the reasons I am good at university counselling is that it is a job that rewards interest in a lot of things. This might be one of the last jobs that rewards being a dilettante. I work with students who want to be poets, physicists, and politicians. I also need to be interested in all of those things, and I’m wired in such a way that I enjoy doing my own research. It love finding out more about my students and their unique motivations, helping them to discover their personal strengths and interests—to see themselves as protagonists in their own life stories. As people who are not yet fully formed, they have the ability to form their own story and personal narrative. I help students self-actualise and find confidence. This is what bring me joy in my job!” 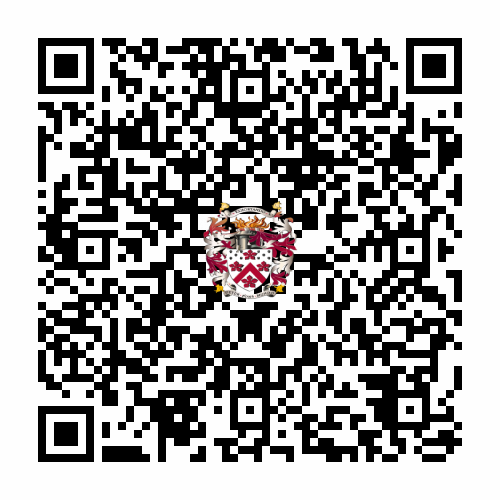