Mao Nakano, class of 2018, is currently in her final year at the School of Oriental and African Studies (SOAS) in London where she majors in Development Studies and Economics. She generously took time out of her schedule in April to share her experiences with current DCSPD students and parents as part of our Alumni Talks series.

Mao spent six years at DCSPD, doing Higher Levels in Geography, Economics and Maths. She completed her Extended Essay on gender inequality amongst migrant women in Shanghai. Like all of our students, Mao benefitted greatly from the holistic Dulwich education. 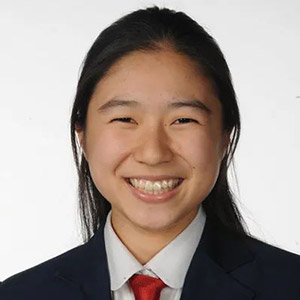 "I was the kid who signed up to way too many activities."

"I was the kid who signed up to way too many activities," she tells us, "but I genuinely loved everything I signed up to." She was in three choirs, including Singchronised, our student-founded a capella group. She was a Prefect, played netball, and performed in numerous musicals. 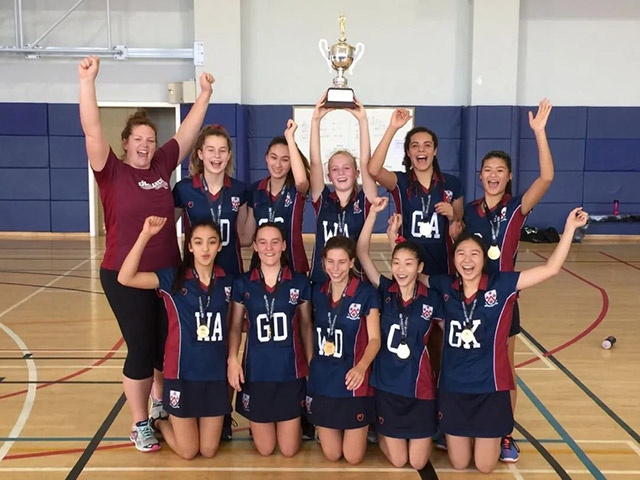 Mao with the DCSPD netball team 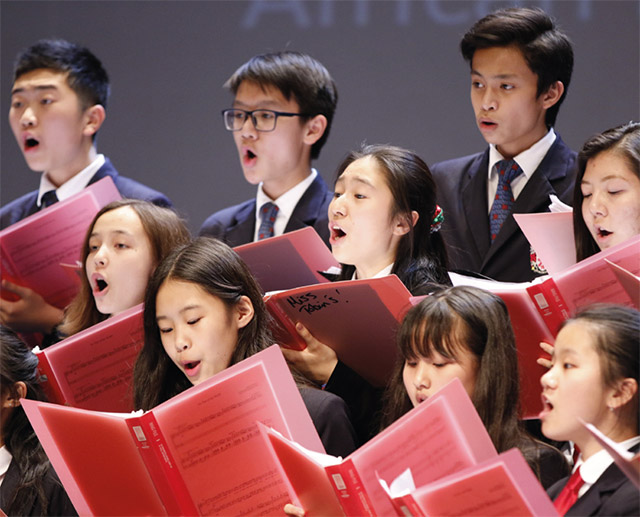 Mao in a school choir performace

She also traveled to The Peace Centre Uganda - a long-time Dulwich Pudong community partner - on three separate occasions, a formative experience which has had a big impact on her life. 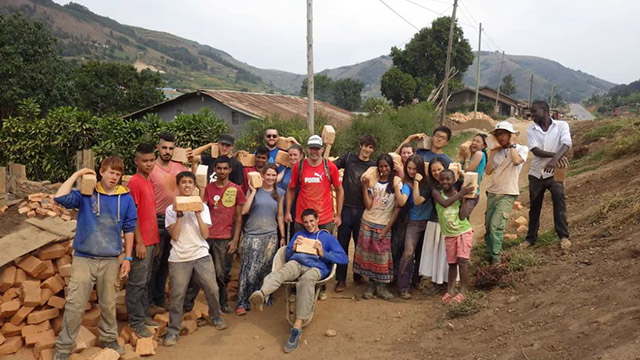 Mao at The Peace Centre Uganda

She recalls, "I remember having numerous conversations with my Head of Year who was worried about me overloading myself, but I really couldn't say no. For me, my extracurriculars were a method of stress relief. I wouldn't have gotten through the IB without them."

Where is Mao from? It's not a simple question to answer. Mao was born in Taipei, but lived in 6 cities before moving to London. Ten of her formative years were spent in China. Her parents are Japanese and she's a Japanese national. So where is she from?

She explains, "When I went to university, the 'where are you from?' question would inevitably pop up, and I still haven't found an answer to that question that really explains who I am. I was uncomfortable with being categorised by labels I didn't necessarily agree with."

At Dulwich Pudong, where there are many such third-culture students, she says she didn't fully realise how uniquely privileged she was. "Our responsibility as third-culture kids - as global citizens - is to understand and acknowledge our privilege but also to recognise how lucky we are to interact with such a myriad of cultures at such a young age," she says. "Having grown up in this kind of environment, we have such a potential to soften the barriers that exist between cultures."

"Our responsibility as third-culture kids is to understand and acknowledge our privilege but also to recognise how lucky we are to interact with such a myriad of cultures at such a young age."

Mao has continued her extracurriculars at university; playing for the varsity netball team at SOAS has been one of the highlights. She has also displayed remarkable leadership. For example, when she didn't get into the University of London chamber choir in her freshman year, she was devastated to think that she might not get to sing for the entire year. But a chance conversation with another DCSPD graduate convinced her to take the initiative and set up an a capella choir at SOAS.

"Initially I thought being a first year, that was too tough, but I ended up doing it a month after I started," she recalls. "It was daunting at first, but totally worth it." 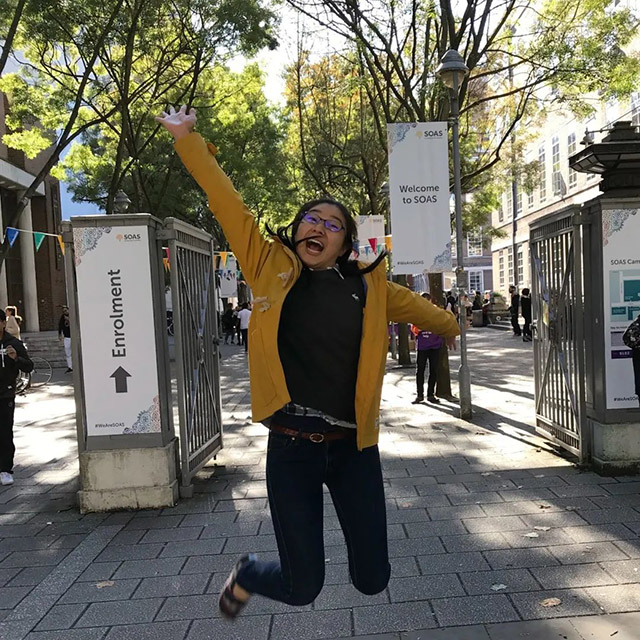 The same leadership quality drove her to set up The Peace Centre Society at SOAS, whose aim is to facilitate workshops and discussions around the notions of service and charity. She was inspired to do this, she says, by her reflection on her volunteer experience in Uganda. "My dilemmas in service drove me towards this project and learning about other people's views and experiences in this has been an amazing learning experience for me," she says. 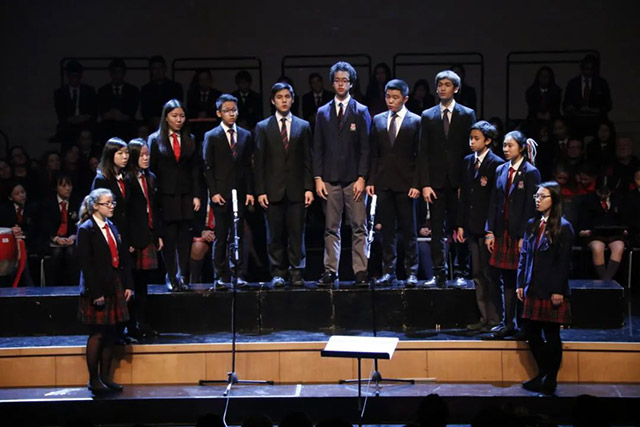 Development Studies involves looking at the cause and effects of poverty, of gender inequality, environmental problems, marginalization around the globe. "What I particularly love about my course is that there are no clear answers," Mao says.

Mao definitely does not see a career in service as a simple matter of "doing good." As an independent thinker, she has developed a nuanced view of what development really means. There are genuine and valid questions to ask about the current model of "development", and even question the role of the UN and other global institutions. 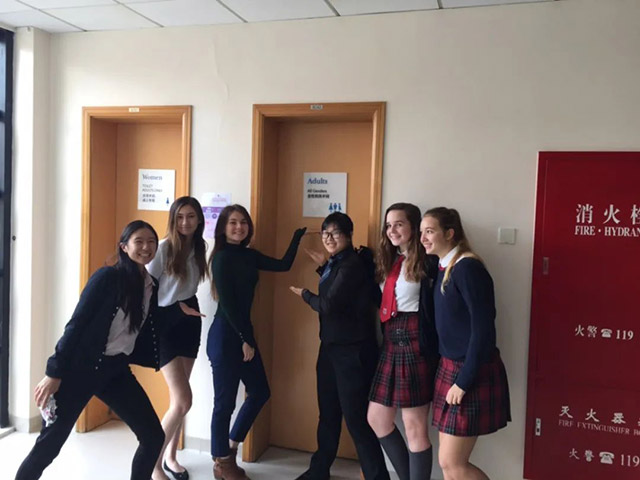 Mao campaigned to introduce All Gender WC signs at school

But instead of deterring her from pursuing a career in service, she embraces the challenge of understanding people's real needs, the real contexts in which they exist and her own positionality. She sees a career in service as a unique way of building awareness, both personal and social.

Her goal then? "What I want to do in the development sector is to use my power and positionality to tackle the systemic issues behind development whether that be poverty or gender," Mao says. "By using our voices we can tackle the systems of oppression and inequality, collaborate together, listen and learn in the process." 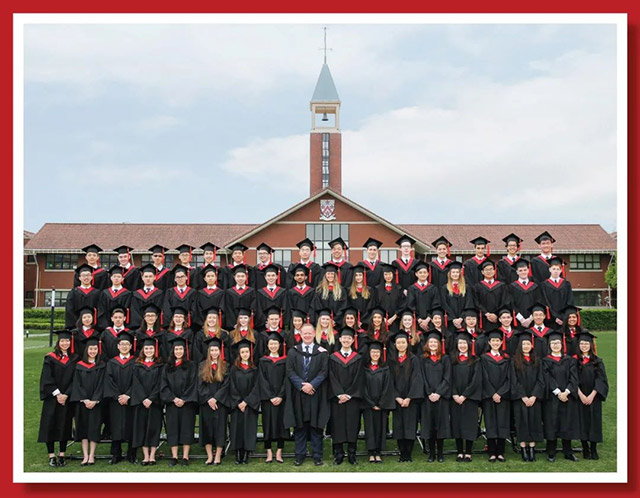 Ultimately she hopes to work in the development field, possibly for an NGO or charity, ideally bringing in her passion for music, for example using music in conflict situations.

We are so proud to see one of our own tackling some of the most intractable issues which face us today - issues which have no simple solution and which are all the more pressing because of it. 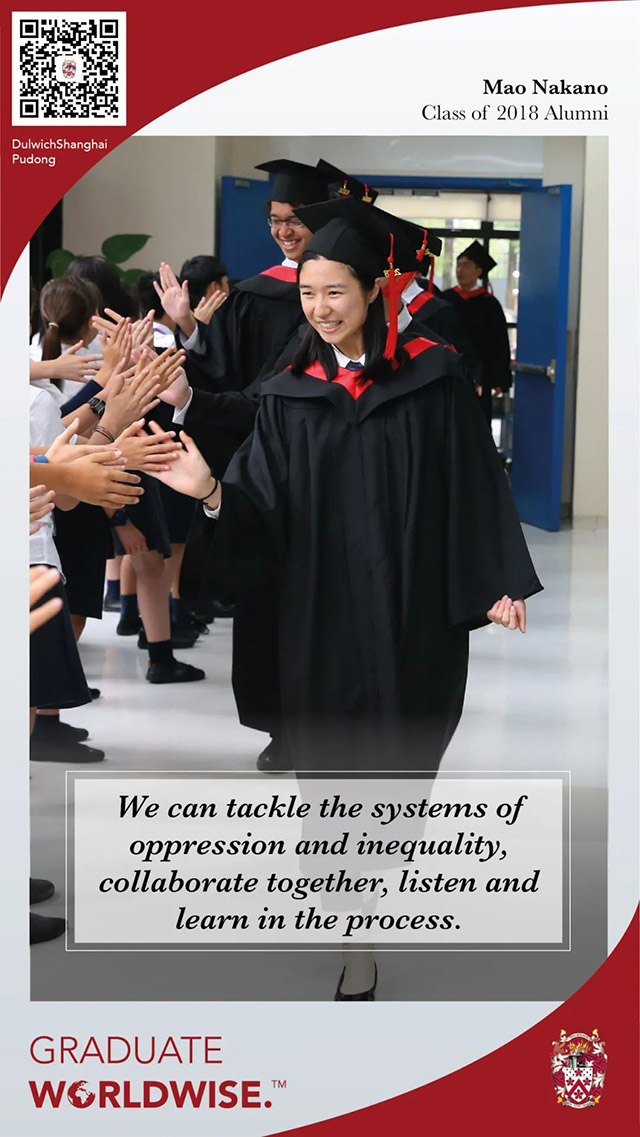 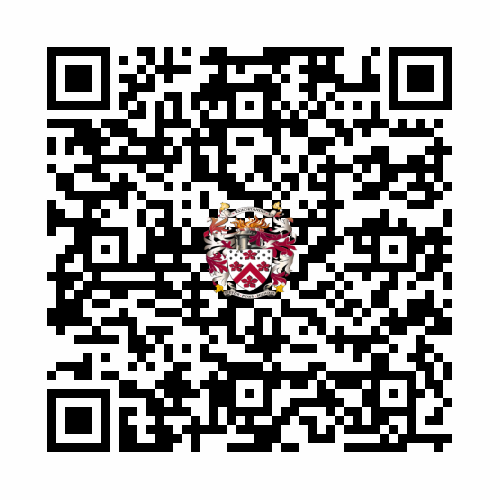