Born in Shenzhen, Susie Liu grew up mostly in Canada. She joined Dulwich Pudong in 2009, graduating with the Class of 2013. She went on to Cambridge University to study economics and is now back in China and making waves in China's tech scene having worked at Huawei, one of China's leading technology multinationals, and now OnePlus. 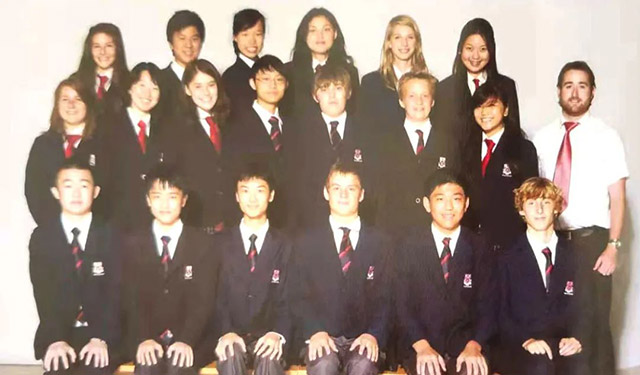 For her IB she did four High Levels - Mathematics, English, Chemistry, and Biology - and did her Extended Essay on China's housing market, but it wasn't until after university that she discovered her true passion for technology. 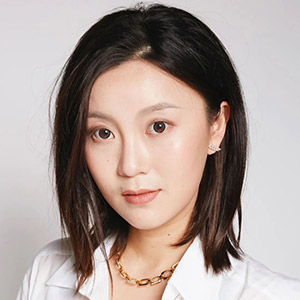 "I took economics at university because I wanted to understand people and the way the world works."

"I took economics at university because I wanted to understand people and the way the world works," she says. After graduation she joined RBC Capital Markets as an investment banker, but found it just wasn't her calling. 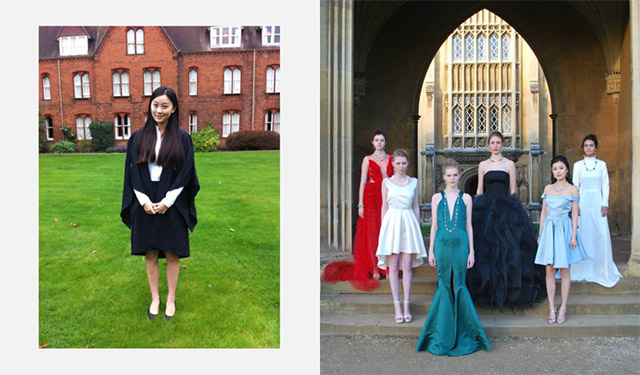 "The more I got into it, the more I realised that it wasn't for me," she says. "You were so detached from the world where things were really happening." 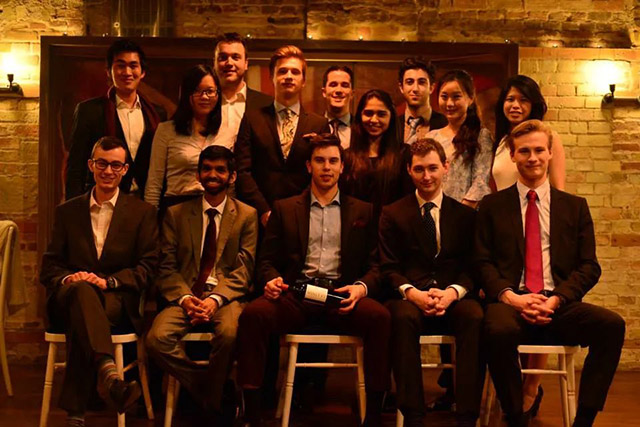 During her time in investment banking she developed an interest in marketing. As she carried out company valuations she realised that a large proportion of a company’s future potential was highly dependent on aspects like branding, the foundation for the emotional connection people have with a company.

Meanwhile a fortuitous trip back to China showed her brand building was booming here. She saw that China was in the process of a huge transition – the country’s economic boom over the past decade had greatly increased the number of products available on the market, product differentiation was becoming difficult, and as wealth had dramatically increased, consumers wanted more than just cheap goods. The best companies were doubling down on branding to differentiate themselves, create more value, and capture more of the market.

So in 2016 she made a momentous decision. She quit her job and bought a one-way ticket to Beijing.

You'd think it was a straight line from there to the hallowed halls of Huawei. Wrong. She didn't even tell her parents she was moving back to China. She was determined to rely on herself to make it work.

More importantly she knew that she needed to understand much better what was really happening in China. "Being in Shunyi or here in Jinqiao - that's not understanding China," she says. "These are such international and sheltered environments, they aren't the real China."

But life is full of surprises. “I landed and soon found out my Barclays debit card, with all my investment banking money, did not work,” Susie recalls. “In 2016 WeChat pay didn’t support a British debit card.”

So with only 200 pounds sterling in hand and needing money to pay the rent she did something that few in her place would have done: she got a job as a waitress. 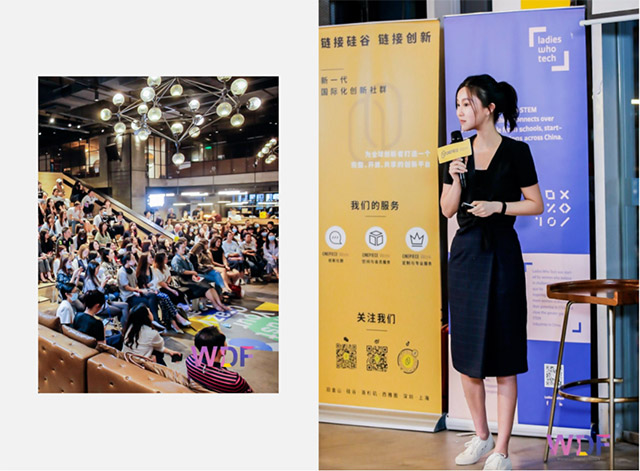 She laughs at the recollection: "You know those times when you're walking down the street and you see a sign that says 'We're hiring' and they pay you per day or per week, well I'd see one and go in and ask 'What are you hiring for' and it was always stuff like waitressing or sales or something like that and so that's exactly what I did. I waitressed for a couple months. There was a point when I was doing three jobs a day."

It paid off in more ways than just making rent. "My Chinese improved and more importantly when people see you as nobody special, they act more naturally around you. You see what China is like, you see what the people are like, you can listen in on conversations, you see the real problems people are facing. It really does help you get immersed."

"I really don't think I would have gotten that job if I hadn't had that experience."

The experience also proved crucial to being hired by Huawei. She recalls, "The Senior Head of Marketing interviewed me and it was clear they wanted someone with some street smarts. I really don't think I would have gotten that job if I hadn't had that experience."

She joined Huawei in Shenzhen as part of their domestic marketing team before joining their global marketing team where she had a hand in everything from digital marketing to public relations during her two years there.

Working for such a large Chinese multinational company, she developed a keen understanding how things are done these in China, namely the importance of:

But working for such a big company had drawbacks as well. "It's hard to do truly innovative marketing when the company is so big," she says. She was soon poached by a former cofounder of OnePlus, maker of super premium smartphones, to lead a complete re-invention of the marketing and brand positioning for a new OnePlus product line. She was employee number 3.

"My passion is technology, not just consumer hardware but emerging technology."

It was a golden opportunity for her to make an impact by creating a community around a niche product. "My experience at OnePlus was great," she says. "It helped me find out that my passion is technology, not just consumer hardware but emerging technology."

She was particularly inspired by the work she did using augmented reality to launch the OnePlus product. She found herself diving deeper into the rabbit hole of emerging technologies and is now a contributor to Hacker Noon, one of her favorite online publications.

She cites her formative experiences at Dulwich Pudong as key to her career success.

"At Dulwich you're never afraid to do anything."

"At Dulwich you're never afraid to do anything," she says. "Nothing is out of reach. Dulwich never tells you 'this is your limit'." 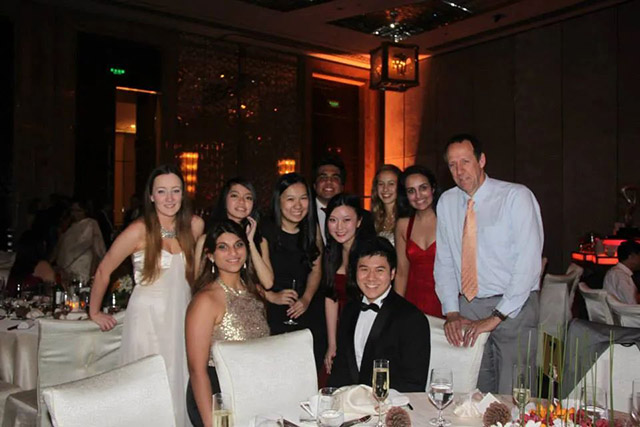 As part of the Worldwise Alumni Network, she has had the opportunity to visit several other Colleges within the Dulwich family of schools over the last few months, meeting numerous students along the way.

She says, "What strikes me most about the current crop of Dulwich students is the ambition. The vibe has been so great. The students are so focused. They are open and honest about what they want. And that's what you really need to succeed these days. You need to know what it is you are working towards."

"You need to know what it is you are working towards."

She's deeply impressed by the new generation of students at Dulwich. "Dulwich students really know the difference between quality and quantity. They want to put quality experiences on their CVs, not just fill them up with empty calories. That mindset is so important."

"Dulwich students really know the difference between quality and quantity."

During talks with current DCSPD students she emphasises the openness and the opportunities here: "There is so much you can do here. There are Hackathons, Dulwich Talks, podcasts, networking opportunities, all things which are such critical skills in the real world. You have the opportunity to try out things you want to try out. When you get to college it's much harder to try new things like that."

Her final thought about her visit back to DCSPD? "I can see this as the place where future leaders are born." 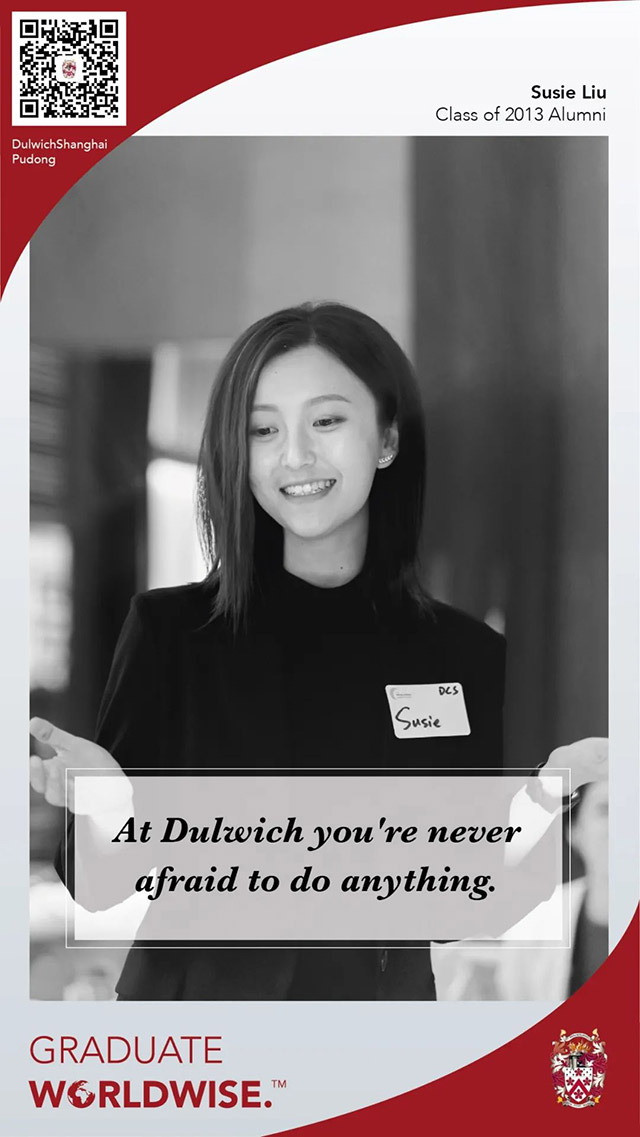 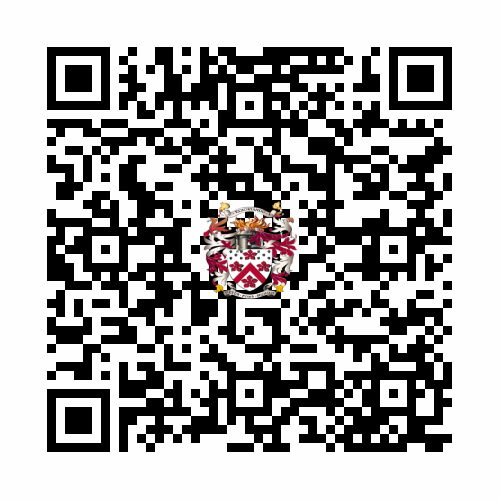