On Wednesday this week our Year 6s took to the field, armed with kites  and a big idea: to celebrate a global spirit of resilience! 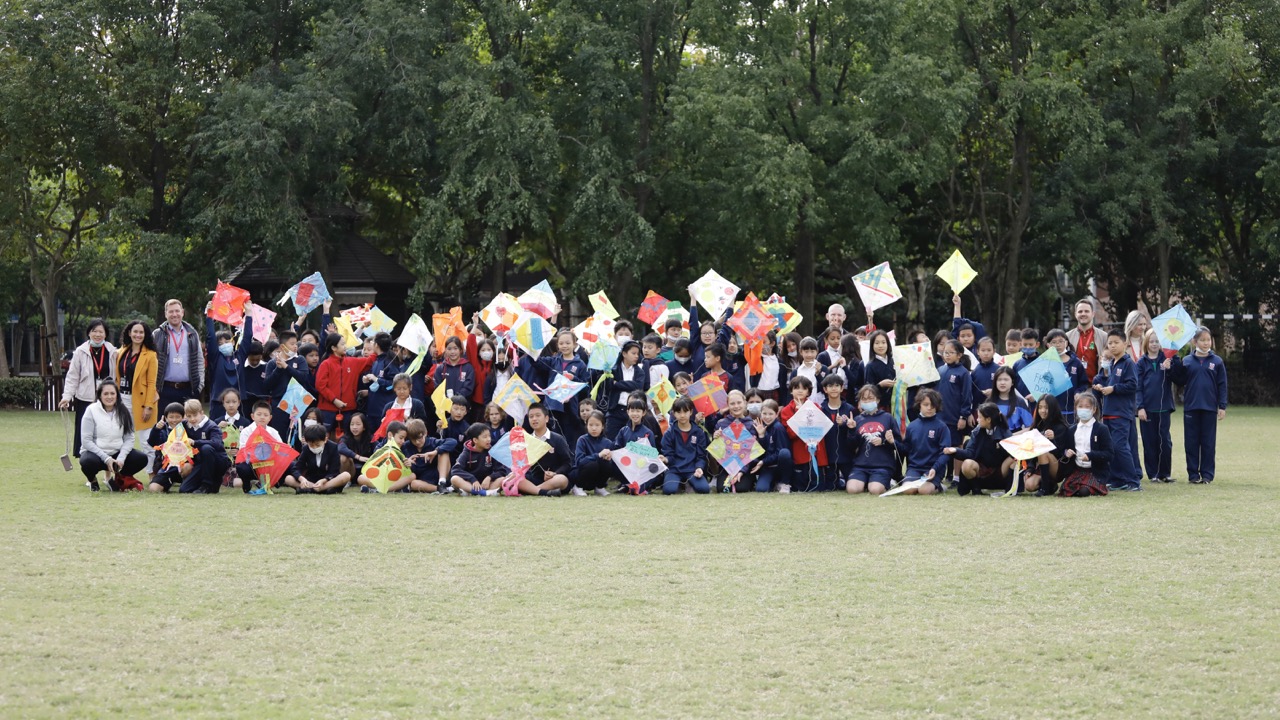 To understand the backstory you have to go back to the best selling book, The Kite Runner:

"Every winter, districts in Kabul held a kite-fighting tournament. If you were a boy living in Kabul, the day of the tournament was undeniably the highlight of the cold season. I never slept the night before the tournament. I’d roll from side to side, make shadow animals on the wall, even sit on the balcony in the dark, a blanket wrapped around me. I felt like a soldier trying to sleep in the trenches the night before a major battle. And that wasn’t so far off. In Kabul, fighting kites was a little like going to war.” (Hosseini, The Kite Runner, P.43)

Through their recent study of migrants and the refugee crisis in Humanities, Year 6 students came to understand the reality of what people in these situations face.

Kite flying is a custom in Afghanistan, and every year in early spring there is a huge kite festival where many children will exert their year-long strength to try and make their kite the best.  Kite culture can be seen all over the streets of the capital, Kabul when the skies are filled with colourful kites soaring in the wind. However, during the Taliban rule from 1996-2001, this widespread hobby was taken away and kite flying became a banned activity.

Over the course of the unit our Year 6 students learnt how a common activity in their daily lives - flying a kite - has a profound meaning to the people of Afghanistan. To raise awareness of this story, the students designed and made their own kites using sustainable materials and on the morning of 12 October flew them on the big field.

The students first made their own graphic designs on paper, some with symbols of peace, others with their favourite cartoons to send their wishes to the refugees. They also added text, often with words such as hope and peace. On the kite some students wrote that millions of refugees were suffering to remind people not to ignore the plight of this group. Students then assembled kites using recyclable sticks and paper, decorated them with their own designs. 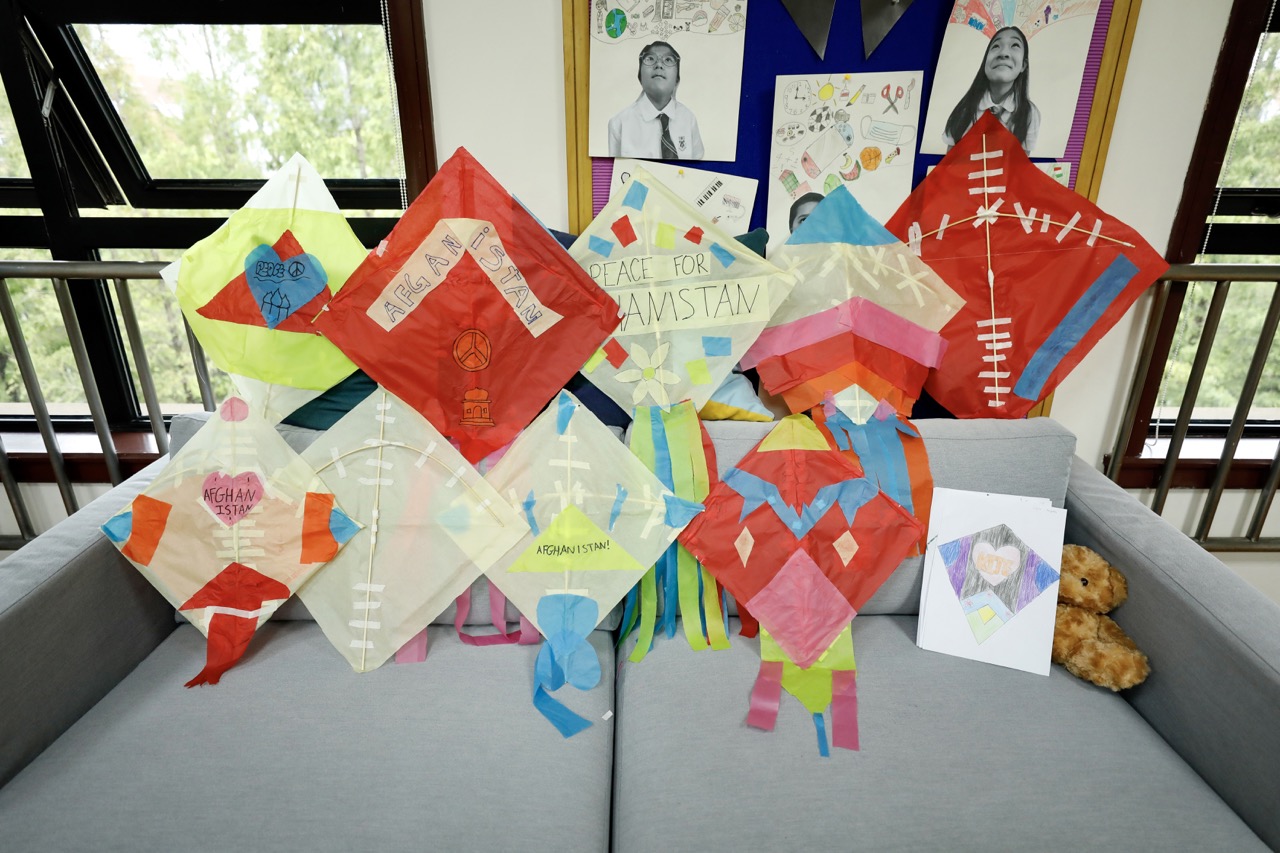 Under the guidance of the teacher, the students put their newly built kites to work. They worked together in teams, one behind them holding the kite and one in front of them pulling the string, following the direction of the wind and keeping the same running rhythm in order for the kite to fly successfully. Carrying facts about refugees as well as inspirational quotes, the kite flew through the air as a reminder of what had happened in the past. A small kite flying competition was organised between the students.. 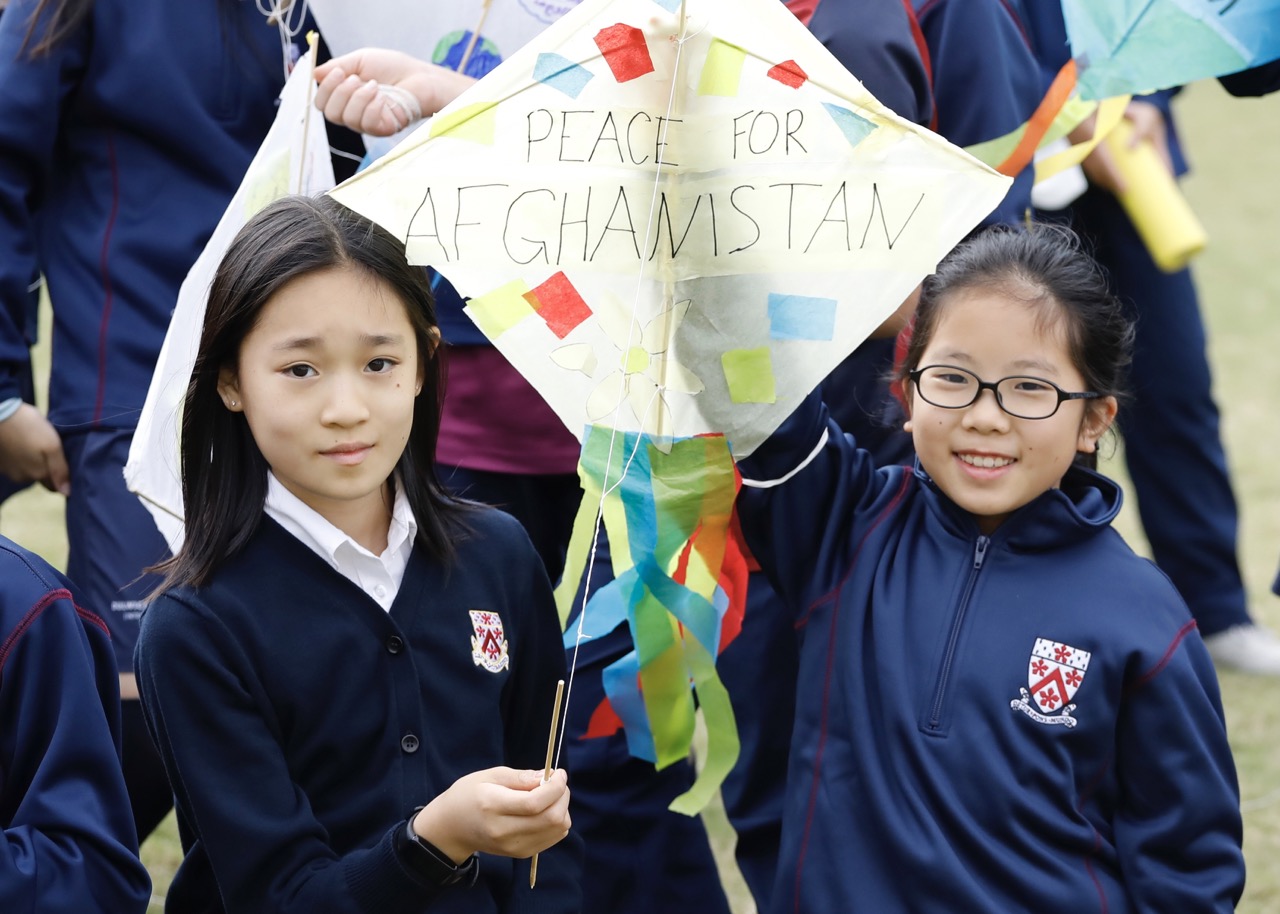 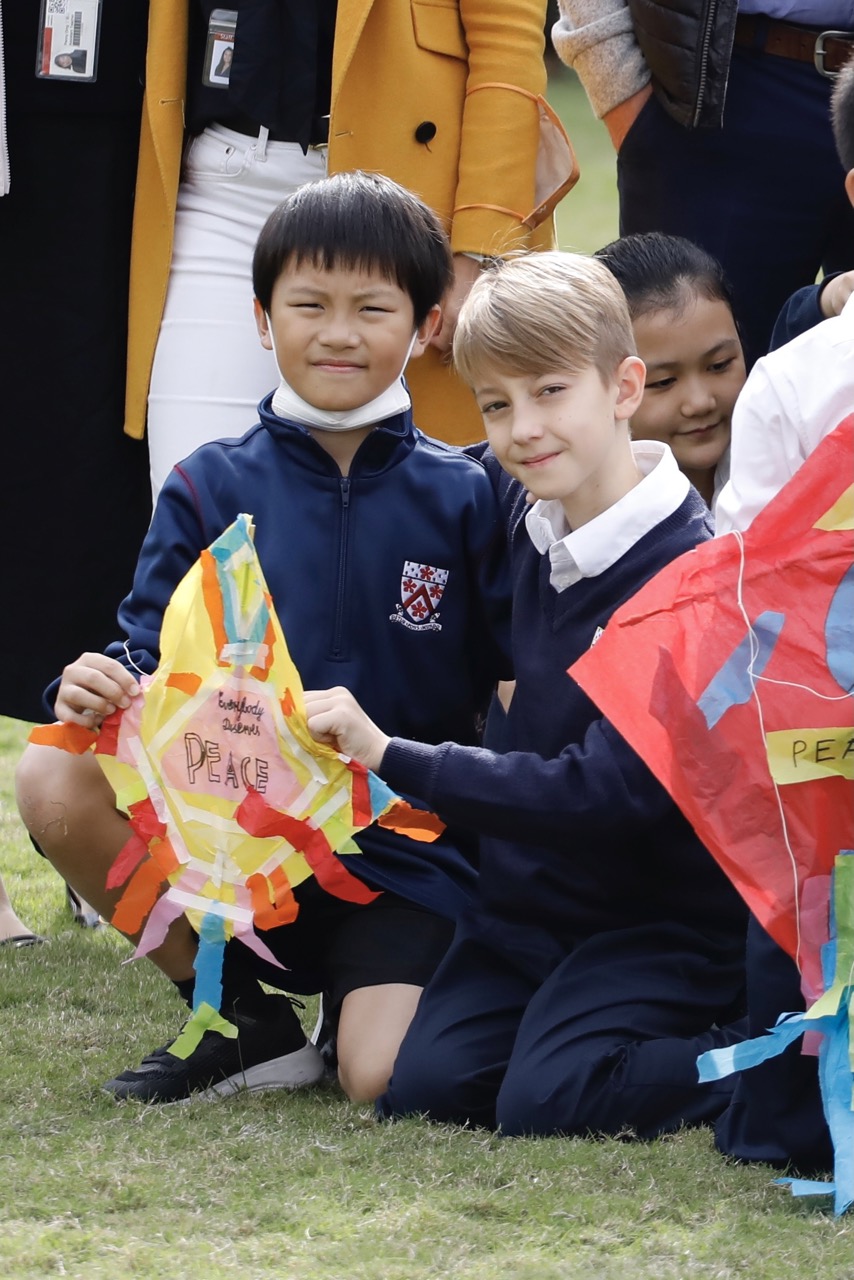 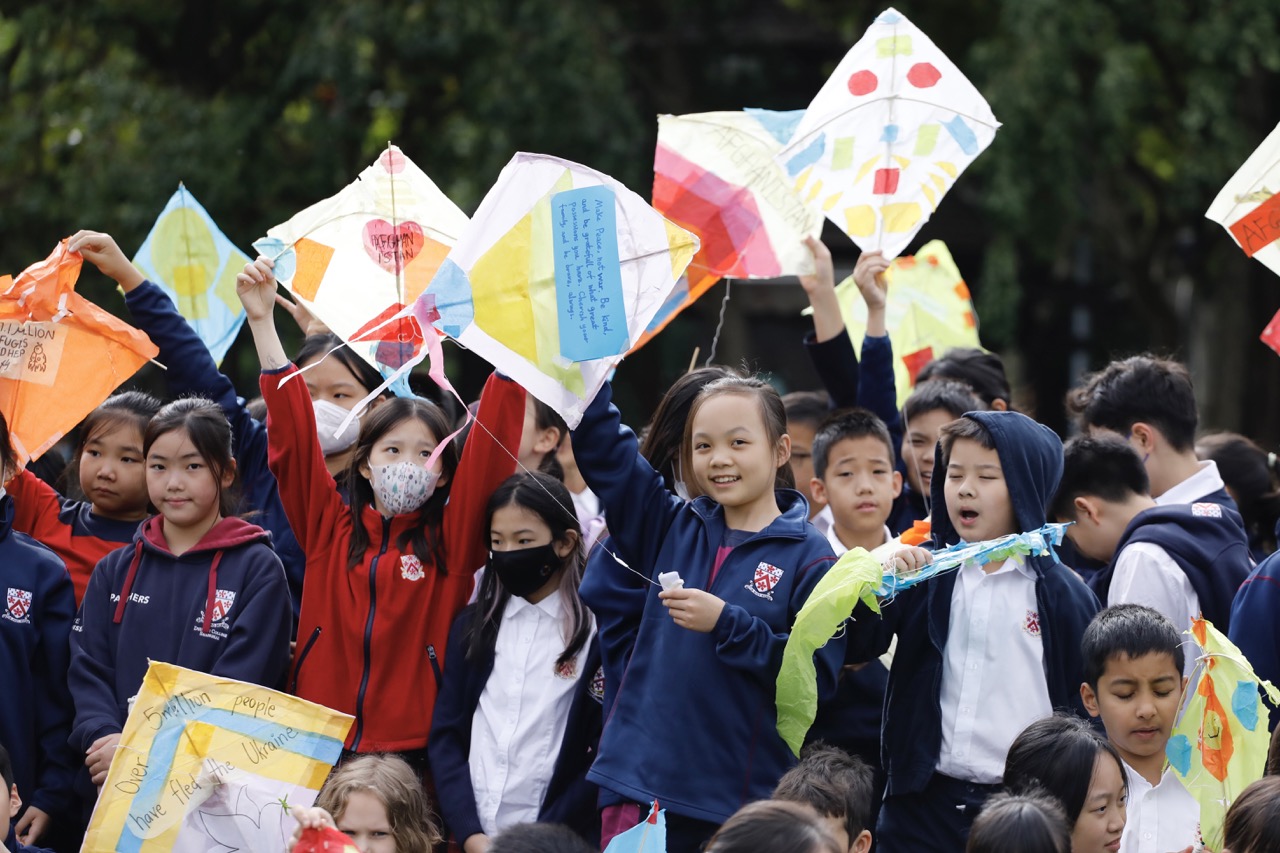 From learning about kite culture in Afghanistan, to designing, making and finally flying kites, the whole process is an important way for our students to develop a sense of global citizenship.

In the process, students learnt the stories behind the suffering of refugees and understood the conflicts and realities of different cultures. Students' understanding of global culture was also nurtured and they developed a deeper connection with the wider world as well as developing empathy for others. It is part of our greater engagement with Global Citizenship. 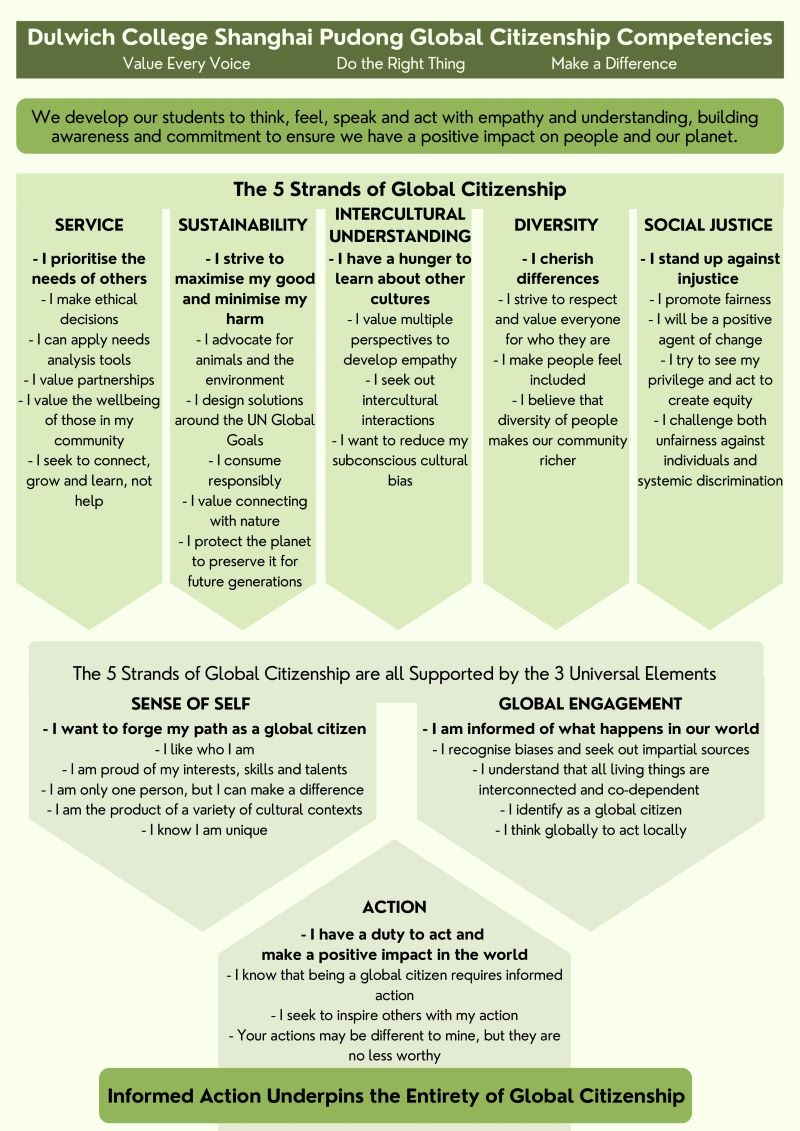 Our goal is to help students develop the skills and motivation needed to make a positive difference. We encourage our students to think, feel, speak and act with empathy and understanding, while building awareness and commitment to ensure a positive impact on all people and the planet, to help students Live Worldwise. 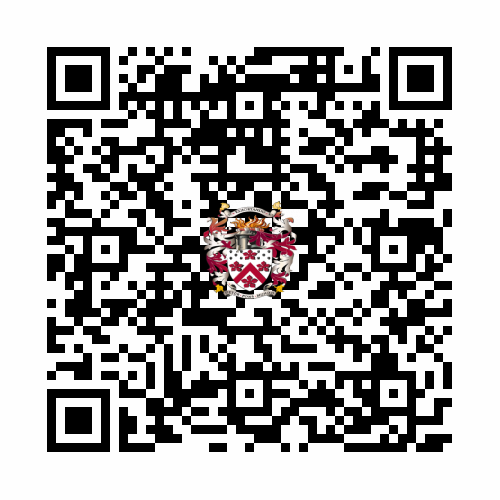